If you want to make money, pay attention to fear and greed, technically.

Both of those represent herd mentality. Participants act like sheep. However, if you can spot where those “sheep” are overreacting to fear or greed, that’s where your opportunity can be found.  Easier said, than done, though. Right?  It’s easier than you think.

In fact, there are three key technical tools that can help you spot those opportunities.

When each reaches a specific point and agree with each other, that’s opportunity.  Watch.

Up to 80% of the time when PBI hits its upper Bollinger Band, it’s considered technically overbought.  It’s “rubber band” has been pulled too far, if you will.  Now look at what happens when RSI moves above its 70-line, as SQ sits at its upper Band.  It pulls back.  We can strengthen that bearish view with Williams’ %R, when it moves above its 20-line. 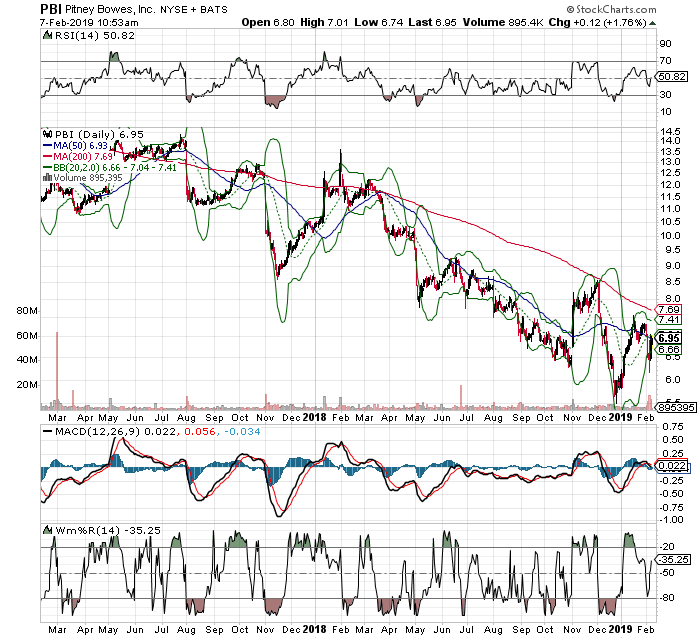 Now look at what happens when all agree at the same time.  It pulls back.

That’s where opportunity can be found.

Or, let’s look at PBI from the bottom using the same indicators.

Again, using Bollinger Bands, W%R and Relative Strength, look at what happens when all of these indicators agree with one another in oversold territory.

In fact, look at what happens when the lower Band is hit or penetrated, as RSI hits its 30-line, and as Williams’ %R drops to less than 80.  That’s an indication of extreme fear, and an extremely oversold situation. Many times, as you can see in the chart, the stock bounces.

Granted, the feedback I typically get from this technical set up is: “Anyone can say this after the fact.” But that’s not what we’re doing.  Plus, it’s not as if the bounce or pullback is temporary.  Some can last a long while and help produce sizable returns.

After 22 years of using these three indicators, the success rate can be as high as 80%.